Who Is Leon Edwards’ Wife? His Family, Ethnicity, Weight & Facts 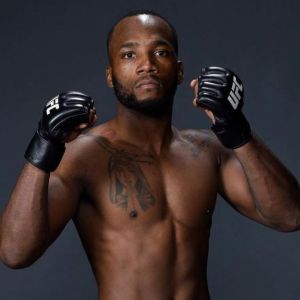 Leon Edwards was involved in criminal activity in his teenage years as he was surrounded by crime while growing up. He is now a popular figure in the field of Mixed Martial Arts (MMA), with remarkable achievements in the Ultimate Fighting Championship (UFC).

Leon Edwards is a mixed martial artist, who now competes in the Welterweight division for the Ultimate Fighting Championship (UFC). He ranks #3 in the UFC welterweight rankings as of October 2020.

Leon Edwards is of 29 years of age and born on 25 August 1991 in Kingston, Jamaica. He is the eldest son of his parents and has a younger brother named Fabian Edwards and a younger sister.

He spent his childhood in a wooden shack with a zinc roof with his parents and his brother. His father was involved in “questionable activities” according to him.

At the age of nine, he moved to Aston, England with his family. He was 14 years old when his father was killed in a nightclub. His single mother carried out several jobs to raise the family.

Regarding ethnicity, he is of Caribbean descent from his family side. Moreover, he is of British-Jamaican nationality as he was born in Jamaica and later moved to the United Kingdom.

The mixed martial artist has an alluring physicality. He stands at a height of 6 feet 2 inches (1.88 meters) 170 lbs.

His Journey To MMA

After the loss of his father, he was involved in criminal activities such as drug dealing, street fighting, and knife possession. Moreover, he was arrested several times for fighting and having a knife.

At the age of 17, his mother made him join Ultimate Training Center to train in MMA. He began his professional career in 2010, making his debut as an amateur at Bushido Challenge 2.

In 2014, he won the BAMMA welterweight title in London and later signed with the UFC that year. On 11 April 2015, he fought with veteran Seth Baczynski at UFC Fight Night 64.

Edwards won the fight and earned a Performance of the Night bonus, which marked one of the sixth fastest knockouts in the organization.

Who Is Leon Edwards’ Wife?

The UFC star is private when it comes to relationship status. There is no news of his relationships surfaced in the media to date. Likewise, he has not hinted at his possible wife or girlfriend yet.

However, Leon is enjoying his family life as a father of a seven-year-old son named Jason. However, he has not revealed his baby mother yet.

Do Not Miss: How Walt Harris Met His Wife? Family & Facts of MMA Fighter

Some Interesting Facts About Leon Edwards