Home » Who Is Ari Shapiro? His Husband, Bio, Family, Net Worth & Facts

Who Is Ari Shapiro? His Husband, Bio, Family, Net Worth & Facts 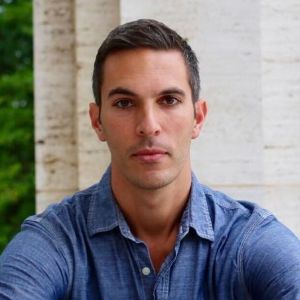 Ari Shapiro married his longtime boyfriend when the same-sex marriage was not a familiar word in the United States. The duo is now relishing thiar marital life for more than a decade.

An openly gay American journalist Ari Shapiro is one of the four rotating hosts on National Public Radio’s flagship drive-time program All Things Considered. Previously, he was NPR’s White House correspondent and international correspondent, being the first NPR reporter to be promoted to correspondent before age 30.

Ari Michael Shapiro was born on 30 September 1978 in Fargo, North Dakota. He is the middle of three sons of Leonard Shapiro and Elayne Shapiro. His father Leonard serves as the Emeritus Professor in the Department of Computer Science at Portland State University. Similarly, his mother is a university communications professor.

Ari began his career with NPR as an intern to legal affairs correspondent Nina Totenberg in 2001. Afterward, he worked as an editorial assistant and an assistant editor on NPR’s news program, Morning Edition.

Shapiro worked as a regional reporter for NPR in Atlanta and Miami and five years as NPR’s Justice Correspondent. In 2010, he began covering the White House, and later, in 2014, he became NPR’s correspondent in London. From July 2015, he began hosting NPR’s award-winning afternoon newsmagazine, All Things Considered.

Besides his radio career, he is a singer, who performs with the band Pink Martini. He has performed in numerous venues such as Carnegie Hall and the Beacon Theater in New York City, Kennedy Center in Washington, D.C., and Kew Gardens in London.

His Salary & Net Worth?

Well, the multi-talented personality has accumulated splendid net worth, contributed mostly from his NPR career. He is likely to earn above the average NPR salary, which ranges from $41.9K to $56.6K.

However, his actual net worth figure is yet to be revealed.

The 41-year-old is openly gay and the gay rights advocate. For his contribution to the gay community, The Advocate included him on a list of openly gay media professionals in the “Forty under 40” issue of June/July 2009. Besides, the LGBT-themed magazine Out included him in the “Out 100”, a list of “the year’s most interesting, influential, and newsworthy LGBT people” in 2008 and 2016.

Ari is currently married to his longtime boyfriend Michael Gottlieb. The duo walked down the aisle on 27 February 2004 at San Francisco City Hall. They had been considering marriage for most of their five years together as same-sex marriage was not a familiar word in the United States. Michael is a lawyer by profession who served at the White House counsel’s office from 2013 to 2015. Afterward, he joined National Journal as executive director of its policy brands roundtable.

Some Interesting Facts About Ari Shapiro