What Is Edd China Doing Now? His Net Worth, Wife, Age, Height & Facts 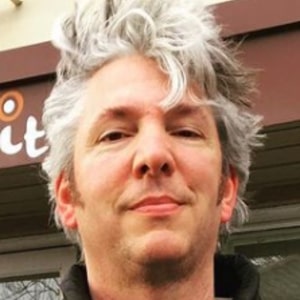 Edd China association with Wheelers and Dealers is from 2003 until 2017. For now, he is most proactive in developing content on automobiles and mechanisms through his self-titled YouTube channel.

Quintessential British eccentric, Edd China is a TV presenter, inventor, engineering product designer, and mechanic. At university, he created the Casual Lofa (driving sofa), which was his first major project of note, built to raise money for a Raleigh International expedition to Belize.

The TV personality was born as Edward John China on 9 May 1971 in London. His interest in cars and mechanics began at an early age. Talking about education, he went to King Edward’s School, Witley in Surrey. He chose the London South Bank University to get a degree in engineering product design.

What Is Edd China Doing Now?

The 49-year-old association with Wheeler Dealers spanned for almost 14 years. He got the fortune to work for Discovery Channel alongside TV presenter Mike Brewer in 2003 specifically to make a new car program: Wheeler Dealers. The show became the most famous TV work to date with 13 series. On 21 March 2017, he made it apparent of departing from the show citing disagreements over the direction of the program from his YouTube channel. As if for now and for many years, he has a self-titled YouTube channel that surpasses 473K subscribers.

Upon his departure from Wheeler Dealers, he has also signed on the dotted line with the Leeds based PR agency Pure Agency. It is an attempt to help him manage his “Garage Junkie’ brand, e-commerce website, and video content as well as PR and social media management.

Likewise, he has also set two new amphibious speed records at the annual Coniston Powerboat Records Week event. Driving the Quadski (above) he set a new class record of 48.51mph, and then 39.60mph in the Humdinga (below).

How Much Net Worth Does Edd China Have?

Edd has a colossal net worth of $3 million and a prominent part came from Wheelers Dealers. Upon the success of Casual Lofa’s creation, he got the fortune to ally as a special effects technician for Father Ted in 1994. Almost four years later, the guest appeared on Top Gear Live.

Moreover, he also became the resident designer on the BBC series, Panic Mechanic. He modified a Rover, purchased for 800 pounds with Bond-Esque gadgets like an ejection seat that cost 100 pounds. He also teamed up with Penny Mallory, Alex Riley, and Tony Mason for a TV series with a show, Classic Car Club for Discovery Channel in 2005.

What Is Edd China’s Wife’s Name?

The car enthusiast’s wife’s name is Imogen China. She was his longtime girlfriend until the pair went to walk the wedding aisle. Very less is known about their marriage history. However, he shares a great rapport with his in-laws.

According to the Irish Times, his wife and father-in-law have been part of many of his projects including the stunt directorial role on The Italian Job.

Some Interesting Facts About Edd China