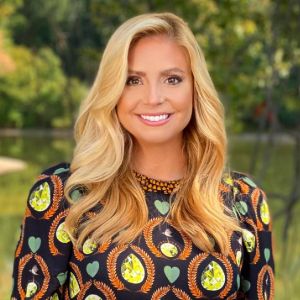 Taylor Kinzler talked about her husband on Twitter. So who is her husband? Get to know her personal and professional details here.

Taylor Kinzler is an American journalist currently serving at NBC Connecticut. She is the host of NBC’s CT Live, a lifestyle show on the network.

The journalist is private when it comes to her personal life. She has never disclosed her recent relationship status in public.

This will be my husband and future daughter folks lol #sodangcute http://t.co/qApwqyDizK

However, Taylor Kinzler has shared a series of husband-related posts on her Twitter. It just turned to be a humorous post as she has not revealed her possible husband or partner.

Likewise, her Twitter post evinces that she had a boyfriend back in 2012. It is not known whether she is in a secret relationship or single now.

Taylor reached the age of 28 in 2021. She was born in 1992 and celebrates her birthday on 2nd June every year. Moreover, her birth sign is Cancer.

Kinzler is the daughter of Cory Arter, and she regards her mother as her mentor and best friend. Moreover, her stepfather Michael is also supportive towards her. She grew up with her family in Lakeville, Massachusetts.

Taylor pursued her high school education at Apponequet Regional High School. Afterward, she went to the American University in Washington DC. There, she graduated with a degree in Broadcast Journalism and a minor in Law and Society.

She stands at a relatively tall height that matches her personality. Moreover, she has maintained her figure and participated in numerous beauty pageants.

Her Journey To NBC

Taylor interned at numerous agencies, including WJAR-TV, WPRI, National Press Club, and National Geographic. Moreover, she worked at the University of Rhode Island’s GoRhody.com and assisted at the NBC4 sports team.

In 2014, she joined NBC Sports Washington and started to work as a Freelance Production Assistant. After working for a year, she moved to the CBS affiliated WABI TV 5 and worked as an anchor.

During her three-year tenure, she anchored their evening newscast. She became the youngest female journalist to earn their evening anchor position.

Some Interesting Facts About Taylor Kinzler