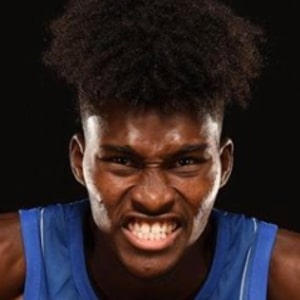 Jonathan Isaac Bio & Family; How Tall Is He?

The player was born as Jonathan Judah Isaac on 3 October 1997 in The Bronx, New York. Talking about his family, his parents’ names are Jacob Isaac and Jackie Allen. Besides them, he has five siblings; a sister named Kalilah Allen and four brothers named Jacob, Joel, Winston, and Jeremiah. Jonathan was at age 10 when his father and mother parted ways. His mom, Jackie was born in St. Kitts, an island in the Caribbean, and raised in the Canyon.

She is a former nurse working at NCH Healthcare System. To complete her education, she went to Ashworth College and took online classes in Norcross, Georgia. Jonathan stands at a height of 6 feet 11 inches (2.11 m) tall and weighs around 104 kg.

The 22-year-old went to Barron Collier High School in Naples, Florida. He then chose the International School of Broward, Hollywood, Florida, and IMG Academy in Bradenton, Florida. In between 2016 to 2017, he got the fortune to play for Florida State to commence his college career. In the same following year, he got a chance to be a part of NBA Draft and got selected as the sixth overall pick by Orlando Magic.

Also: Who Is Aaron Gordon’s Brother? More On His Parents, Height, Contract

Jonathan and His Fiancee; The Newly Engaged Couple!

Besides his professional games, Jonathan has a newer role of a fiance. He and his fiancée got engaged on 4 May 2020 and it came as a surprise for all of his fans following to witness a dreamy event in a multiple photo series shared by Jonathan.

Jonath is seen proposing to his fiancée on one knee in front of a balloon arch that included the words “Welcome to Paris Takita & Judah.” The couple was dressed formally for the occasion, with Isaac in a dark blue suit and his fiancée in an evening gown. However, his fiancée name is still hidden.

Some Interesting Facts About Jonathan Isaac