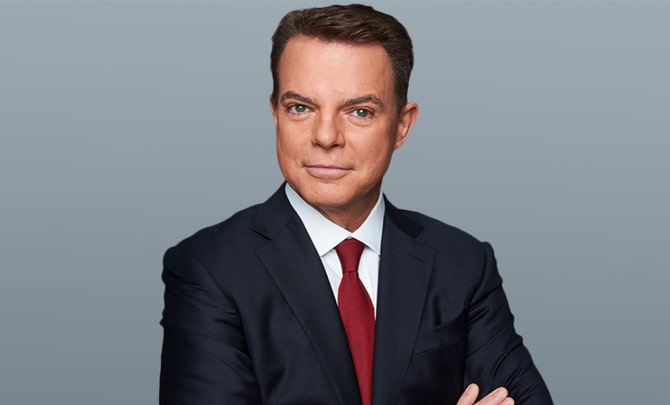 In 2017, Shepard Smith opened up about his sexuality denying Roger Ailes’ homophobia allegations. Well, the once married man has been relishing the relationship with his partner over the past six years.

American television news anchor Shepard Smith is an eminent name on Fox News Channel, who is known for his rapid-fire, sometimes sarcastic delivery of news. He is now the chief news anchor and as managing editor of the breaking news division of Fox News.

David Shepard Smith Jr. was born to American parents in 1964 in Holly Springs, Mississippi. He celebrates his birthday every year on the 14th of January. His father David Shepard Smith Sr. was a cotton merchant and his mother Dora Ellen Anderson was an English teacher. Smith’s parents split when he was young and he started to live with his mother in Florida.

Standing at a height of 5 feet 11 inches (1.80 meters), he attended Marshall Academy in Holly Springs. Later, he got enrolled in the University of Mississippi to study journalism but left it two credits away from graduation.

Shepard’s first job in television was with WJHG-TV in Panama City Beach, Florida, joining in 1986. Moreover, he worked as a reporter for NBC-affiliated WBBH-TV in Fort Myers. His Television works include Fox-affiliated WSVN, and CBS-affiliated WCPX-TV (now WKMG-TV).

In 1996, Smith joined Fox News Channel and took responsibility to report the news from wide areas. He is now the chief news anchor and managing editor for the network’s breaking news division. Besides, he anchors weekday’s program, Shepard Smith Reporting on the network.

Shepard Smith has been appearing on Fox News for more than two decades (Picture: The Washington Post)

Well, Smith bags big amount of earnings from his television media stint. As a veteran Fox News anchor, he earns a remarkable salary of $10 million per year. The Fox News talent currently enjoys the estimated net worth of $25 million.

Shepard, aged 55 publicly stated that he is gay while talking to the Huffington Post Monday in 2016. He was asked whether Roger Ailes, the former CEO of Fox Network had prevented him from talking about his sexuality. In reply, he said that is not true and Roger was as nice as he could be to him.

Moreover, Smith revealed his dating life with a partner during an interview with Time magazine in March 2018. He stated that they are happy living a very normal life and go to dinner and games and visits each other’s family. He has been in a relationship with boyfriend Giovanni Graziano for more than six years.

Giovanni, aged 31 was a production assistant on Smith’s show for a year in 2011. The Penn State University graduate is now an associate producer on Varney & Company at Fox Business Network.

Marriage Ended Through A Divorce

Well, Shepard was once a married man. He married Virginia Donald, his classmate of the University of Mississippi in 1987.

However, their marriage ended through a divorce after six years in 1993. Shepard and Virginia did not bear any children from their relationship.

Some Interesting Facts About Shepard Smith