Is Ed Henry Still On Fox News? More On His Married Life & Facts 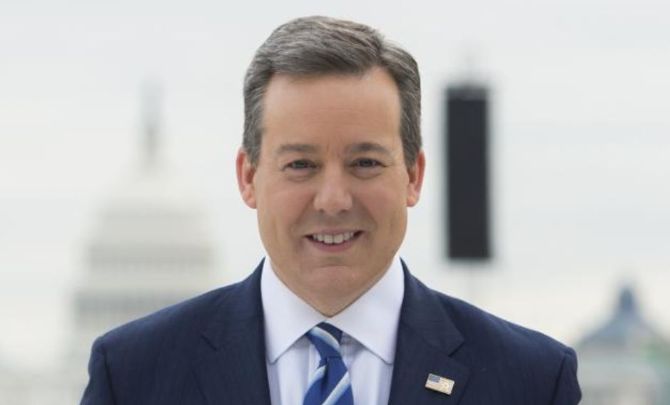 Well, the news got surfaced about the extra-marital affair of Ed Henry in 2016. The 48-year-old Fox News host has been married since 2010 and is a father of two children.

Ed Henry is a familiar face on Fox News Channel, who has served as the chief national correspondent on the network. He covered major breaking news events and has conducted some of the most groundbreaking interviews with elected officials on the network.

Edward Henry was born on 20 July 1971 in Queens, New York.  He is one of the two children of Ed Henry Sr. and Christine Henry. His father was a dairy manager and his mother was a bookkeeper. He has a younger sister named Colleen Henry, who has a hair salon in Franklin Square.

At his early age, Henry and his family moved to Deer Parklittle town in Suffolk County where he was raised. He pursued his early education from Robert Frost Junior High School. He received graduation from Siena College with a B.A. in English at the age of 21.

Ed began his career as a senior writer on Roll Call, a newspaper and website based on Washington, D.C. He served as the chief political analyst for ABC-affiliate WMAL-AM and as a contributing editor at Washingtonian Magazine. He then joined CNN in 2004 and worked as the White House Correspondent and congressional correspondent until 2011.

How Much Is His Net Worth?

The veteran journalist amasses a remarkable earning from his long term journalism career. He is likely to receive a six-figure salary as an experienced journalist from Fox News.

Currently, Ed enjoys the net worth of an estimated $3 million.

Who Is Ed Henry’s Wife? Children

Ed Henry pictured with his son Patrick on his graduation in May 2019 (Picture: Ed’s Instagram)

The couple met while both were working at CNN as Shirley was a senior producer on the network. Ed has two children from his previous marriage; a son named Patrick Henry, aged 19, and a daughter named Mila Henry, aged 15.

In 2016, the news got surfaced that about his extra-marital affair with Las Vegas hostess Natalia Lima. Henry had a 10-month long affair with the lady after meeting her in social media in 2011.

According to the report published in In Touch Weekly, they used to exchange messages and even had a physical relationship.

Some Interesting Facts About Ed Henry