Who Is CNN Laura Coates’ Husband? Her Age, Net Worth & Facts 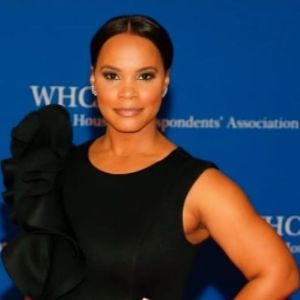 Laura Coates is a familiar face on CNN, who often shares her opinion on trending issues. The mother of two has been able to keep her marital life away from the radar.

Laura Coates is an American award-winning television personality, who appears as a legal analyst on CNN. Besides, she is the host of The Laura Coates Show on radio SiriusXM’s Urban View.

Laura Gayle Coates was born in 1979 and her birthday falls on 11th July every year. She was raised by African-American parents in Saint Paul, Minnesota, United States.

Coates with a height of 5 feet 3 inches is the youngest of three daughters in the family. All her elder sisters are attorneys. Her sister Tracey is a lawyer serving Bethesda in Family Law and Litigation cases. She is the Board of Directors at DC Volunteer Lawyers Project in Washington, D.C.

Where Did She Get Her Education?

After graduating from high school, Laura attended Princeton University’s Woodrow Wilson School of Public and International Affairs. There, she earned her bachelor’s degree at the age of 22 in 2001.

Afterward, she went to the University of Minnesota Law School, where she received her Juris Doctor degree in 2005.

Laura began her career working at the law firm of Faegre & Benson LLP in Minnesota. Similarly, she worked as an associate attorney in Kasowitz, Benson, Torres & Friedman LLP, at a law firm in New York for several years.

Moving to the public service, she worked as a federal prosecutor in the United States Department of Justice. During the Bush and Obama administrations, she served as a Trial Attorney in the Civil Rights Division of the Department of Justice, specializing in the enforcement of voting rights throughout the country. Furthermore, she served as an Assistant United States Attorney for the District of Columbia, prosecuting the issues such as drug trafficking, armed offenses, domestic violence, child abuse, and sexual assault.

In 2016, she joined CNN as a legal analyst and often appears, giving her opinions and analysis on various issues. Moreover, in 2017, she launched the daily eponymous talk show, “The Laura Coates Show,” on SiriusXM’s UrbanView channel. In her show, she engages the audience with a lively discussion on the issues related to politics, law, and pop culture.

How Much Is Laura Coates’ Net Worth?

One of the popular law practiseners, Coates has accumulated an astounding fortune from her career. Likewise, as a best-selling author she has made the remarkable revenue from her book.

Coates is likely to enjoy a six-figure net worth from her multiple professional ventures.

Who Is Laura Coates’ Husband?

Laura is has been able to keep her marital life away from the media eyes. The 41-year-old is a married woman for years but she is yet to reveal the identity of her husband. Meanwhile, she is the mother of two children from her relationship.

Coates and her husband first welcomed a son and later she gave birth to a daughter. She often shares pictures of enjoying her motherhood with her kids on her Instagram. She now resides with her husband and kids in Washington D.C.

Some Interesting Facts About Laura Coates