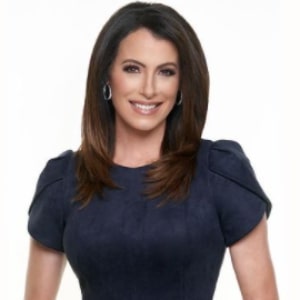 The sheer enthusiasm in the newsroom and empower millennials make Kathleen Bade one of the most sought-after news reporters. While people may know for her journalism work, very few are aware of her family life and relationship facts.

From this article, we will get to know details regarding her actual age, family life, and relationship on whether she is married or not.

American TV personality Kathleen Bade is one prominent face of the FOX 5 News family. She has been part of the elite news and broadcast media since its inception in 2008.

Yes, the 45-year-old is a married woman. She and her husband Jeff got married on 31 December 1994 and this year, the two are about to celebrate their 27th marriage anniversary. Three years ago, they celebrated their 24th wedding anniversary at Hotel del Coronado at Coronado Island in 2018.

The news reporter, age 45 was born on 13 February 1976. Talking about her family life, she grew up on her father’s construction sites since her dad built commercial including residential properties. Her mother, Julie Kathleen, age 81 celebrates her birthday on 1 June.

As per her education, she went to Arizona State University. Over there she did her honors from the prestigious Walter Cronkite School of Telecommunications and Journalism. During her education tenure, she became the first student in college history to receive the coveted William Randolph Hearst Award in San Francisco.

Kathleen has always been a science buff and has a Broadcast Meteorology degree from Mississippi State University.

The award-winning journalist is a part of FOX 5 News family as a primetime anchor since 2008. Her presence in the elite news broadcast is seen on FOX 5 Monday through Friday at 5, 6, 10, and 11 p.m.

Kathleen’s career in media and broadcasting began upon graduating from ASU. After her education, she got her first on-air job in Yuma, Arizona at KYMA. Over there, she was the evening weathercaster and fill-in anchor, and following the birth of her son, she was brought to San Diego by KFMB Channel 8.

Sometime later, she returned to San Diego upon the launch of Fox 5 San Diego in 2008 per wiki.

Some Interesting Facts About Kathleen Bade