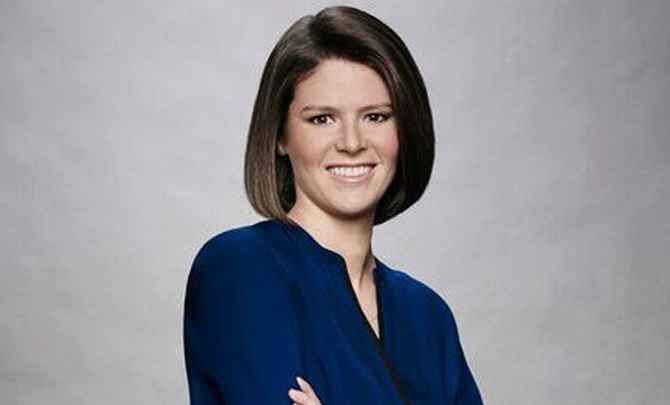 Well, it looks like Kasie Hunt is beginning her family life with her husband Matt Rivera with the arrival of a baby soon. The journalist announced that she is expecting a child to her fans and followers in March 2019.

Kasie Hunt is an American journalist currently serving as a Capitol Hill correspondent for NBC News. Besides, she hosts Kasie DC, a Sunday night news and politics television program on MSNBC.

Kasie S. Hunt was born on 24 May 1985 to parents Bruce Hunt and Krista Hunt. Her father Bruce manages real estate design and construction for Penn Medicine, University of Pennsylvania Health System in Philadelphia. Similarly, her mother is a yoga teacher in Easton. She grew up with her younger sister Carly Hunt in Wayne, Pennsylvania.

In 2013, Hunt joined MSNBC and started serving as a political reporter. She became a Capitol Hill correspondent in 2017. As of now, she appears as a host of Kasie DC, the talk show on MSNBC.

Well, the veteran journalist is likely to receive a six-figure salary from the NBC network. As the NBC News Correspondents earn $201,000 annually, she earns more than the average salary for her long term experience on the network.

From her decade stint to journalism, she has made her net worth in millions.

The 34-year-old is currently married to her long-term boyfriend Matt Rivera. The couple exchanged the wedding vows on 6 May 2017 in Stanley, Virginia. Matt, aged 37 is currently serving as a senior digital producer at the NBC program, Meet the Press.

Kasie Hunt with her husband Matt Rivera at their wedding day in May 2017 (Picture: Kacie’s Instagram)

Kasie and Matt started dating after meeting in 2012. Eventually, they got engaged on 13 August 2016. In March 2019, she announced that they are now expecting a baby, who is set to born in August this year.

Some Interesting Facts About Kasie Hunt