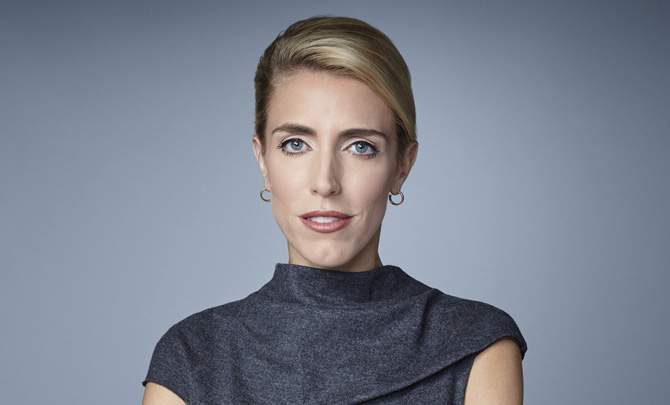 When it comes to relationship status, Clarissa Ward has been relishing the married life with her husband for nearly three years. The multiple award-winning journalist is now beginning her family life as a mother of an adorable baby.

Clarissa Ward is an American journalist, currently serving as a chief international correspondent for CNN based in London. Previously, she was a foreign correspondent for CBS News and also contributed to the program, 60 Minutes on the network.

Clarissa was born on 30 January 1980 in New York City, USA. Her family is from London and New York and she is of American nationality. Her father Rodney Ward was an investment banker, who also worked in Hong Kong. Meanwhile, her mother Donna Ward is an interior designer. She has a younger sister named Abby Ward.

Standing at the height of 5 feet 11 inches (1.80 meters), she graduated with distinction from Yale University in New Haven, Connecticut. Similarly, she received an Honorary Doctor of Letters degree from Middlebury College in Vermont in 2013.

Clarissa started her journalism career as an overnight desk assistant at Fox News in 2003. Later, she became an assignment editor of the network, serving from 2004 to 2005. In 2007, she joined ABC News and served as a correspondent based in Moscow until 2010.

Afterward, Ward joined CBS News as a foreign news correspondent in 2011. She also took the responsibility as a contributor for 60 Minutes and served as a fill-in anchor on CBS This Morning. In 2015, she joined CNN and started to report for all of CNN’s platforms from London. Clarissa became its chief international correspondent in 2018. Similarly, in 2019, she became one of the first Western reporters to report on the life in the Taliban controlled areas of Afghanistan.

Well, the journalist makes the remarkable six-figure salary from CNN. She is likely to make her net worth in millions from her stint to journalism since 2003.

It has been nearly three years of married life of the 40-year-old Clarissa. She exchanged the wedding vows with Philipp von Bernstorff in November 2016 at Chelsea Old Townhall.

Clarissa Ward and her husband Philipp enjoying with her son Ezra at the ocean in December 2018 (Picture: Clarissa’s Instagram)

Philipp serves as Portfolio Manager at Vulpes Investment Management. The couple met at a dinner party in Moscow in 2007. They are now the parents of an adorable baby boy. Clarissa and Philipp welcomed their first baby Ezra Albrecht Nikolas Nour von Bernstorff on 2nd March 2018.

Well, the 2020 Independence Day weekend was something special for the journalist.

Some Interesting Facts About Clarissa Ward