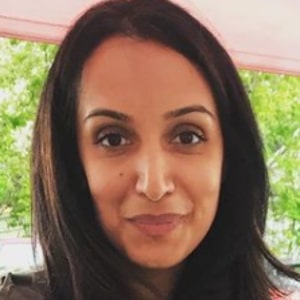 Althia Raj was interested much in politics since her early age and used to watch the news with her father. The multi-talented lady has worked for numerous media agencies in Canada during her decades of career span.

Althia Raj is a media personality who serves as a Senior Editorial Manager and Ottawa Bureau Chief at HuffPost Canada. Besides, she is a panelist of CBC News’ show, At Issue, Canada’s most-watched political panel.

Althia Raj was born in Canada, but she is yet to reveal her birth year and age. She celebrates her birthday on 21 July every year.

Regarding her family, her parents raised her along with her brother. She is of mixed ethnicity because of her parents’ multiple heritage.

Her father is Indian by nationality, who came to Canada to pursue his Ph.D. Moreover, her mother is French Canadian.

Althia’s parents were interested in politics, history, and she used to watch the news with her father.

Raj graduated from McGill University with a BA in Canadian Studies and Political Science in 2004.

Althia began her media career at CBC in Montreal after graduating from McGill University. There, she was a producer for CBC Radio’s weekly national political magazine, The House. Moreover, she was an intern on the Hill with the Parliamentary Internship Programme.

She then worked as a producer at CTV and later worked at Sun Media as its national reporter from 2009 to 2011. Likewise, she worked as a national political reporter for Postmedia News in 2011.

Raj joined HuffPost in 2011 and started serving as its Ottawa Bureau Chief. Moreover, she is its senior editorial manager and hosts and produces Follow-Up, a HuffPost Canada Politics podcast. Additionally, she is a regular “At Issue” panelist on CBC TV’s nightly news program, The National.

The media personality seems to be private regarding her relationship status. She has a strong presence on social media platforms such as Twitter and Instagram.

However, she is yet to reveal her husband or partner. She is currently unmarried and busy with her professional obligation so far.

Some Interesting Facts About Althia Raj