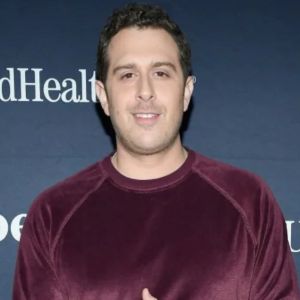 Adam Lefkoe is the familiar name when it comes to sports coverage. The multi-talented personality is a prominent face of the Bleacher Report and has garnered massive fan-following from his sports-related podcast.

Adam Lefkoe is an award-winning American sportscaster, who has been associated with the Bleacher Report. He is the host of the podcast, The Lefkoe Show, which offers a weekly discussion about the NFL, life, and many more.

Adam Lefkoe is of age 34 and was born in the year 1986. He celebrates his birthday on 8th May and his birth sign is Taurus. He grew up with his family in Philadelphia, Pennsylvania, United States.

He was raised by his parents Bruce Lefkoe and Sharon Lefkoe. His father serves as the President of Keystone Refrigeration Inc in Bristol, Pennsylvania. Likewise, he has a younger brother named Jason Lefkoe.

Adam is a dashing personality and stands at a height of 5 feet 11 inches (1.80 meters).

Adam Lefkoe joined the Bleacher Report in 2013. Since then, he has been involved with NFL coverage, along with a wide array of video content offerings for the news website.

Moreover, he is associated with Turner Sports, being a studio host for the Tuesday night broadcast of NBA on TNT since 2019. He is also a host of the podcast, The Lefkoe Show, which covers everything on the NFL.

Before joining the Bleacher Report, he was a sports anchor for an ABC-affiliated WHAS in Louisville, Kentucky. Furthermore, he was the creator of The Rivalry YouTube series about the Louisville Cardinals—Kentucky Wildcats basketball rivalry.

His Salary & Net Worth

The multi-talented personality has made remarkable earnings from his sportscasting job. He is likely to earn an astonishing salary from his stint at Bleacher Report.

In November 2019, Bleacher Report signed Adam a multi-year extension with a possible increase on his paycheck.

As an experienced employee, he earns a six-figure salary from the news website. However, his actual earnings and net worth are not disclosed yet.

Is Adam Lefkoe Married To His Girlfriend?

On his personal side, Adam is currently in a relationship with his longtime girlfriend Inem Akpan. The duo has been together for years. Moreover, they are often seen together at several events.

In February 2019, Adam announced through his Twitter that he got engaged to his girlfriend Inem. His to-be wife Inem now serves as the Vice President of Payer Marketing Strategy, the healthcare, and wellness arm of Paris-based Havas, a division of Vivendi.

However, the duo is yet to reveal their wedding plans.

Do Not Miss: Who Is Zach Lowe’s Wife? His Family, Age, Podcast, Salary & Facts

Some Interesting Facts About Adam Lefkoe