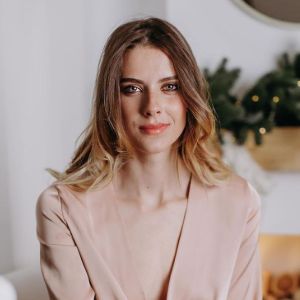 Just after driving for three days from her war-torn country Ukraine, Yaroslava Mahuchikh has something good to share with her Ukrainian people. She won high jump gold at the World Indoor Championships held at Belgrade on 19 March 2022.

Yaroslava Mahuchikh is a Ukrainian high jumper who is a reigning World indoor champion from Belgrade 2022. She won a bronze medal in her debut at the 2020 Tokyo Olympics.

Mahuchikh is yet to reveal her boyfriend and dating life in public. She does not seem to be involved in any relationships so far.

The athlete is actively involved in her career now. She often shares posts related to her career achievements on her Instagram. Meanwhile, she has more than 114k Instagram followers as of now.

Yaroslava did not have a boyfriend in past. Similarly, there is no clue regarding her possible love life so far.

Mahuchikh is the daughter of Ukrainian parents Oleksii Mahuchikh and Olha Mahuchikh. She is the youngest child in the family.

The Olympian has an elder sister named Anastasia. She grew up with her parents and sister in Dnipropetrovsk, Ukraine.

Yaroslava does not come from the athletic family background. However, her father did canoeing and her mother played gymnastics in their early days.

Similarly, her sister Anastasia was into karate and athletics. She started athletics at the age of seven after her parents gave her a chance to train with her sister.

Mahuchikh is 20 years of age now. Her birth name is Yaroslava Oleksiyivna Mahuchikh.

You May Like: Does Priscilla Hon Have A Boyfriend? Her Dating Status & Family Life

The athlete attended Dnipropetrovsk High School of physical culture in her hometown. Earlier, she was a sprinter, hurdler, and long jumper.

Similarly, she won the high jump event at the 2017 European Youth Olympic Festival in Győr, Hungary. She won the gold medal clearing 1.94 meters at the European U18 Championships.

Mahuchikh won gold at European Indoor Championships and European U23 Championships held in 2021. Furthermore, she won a bronze medal in her Olympic debut at the 2020 Tokyo Olympics.

Because of the Russian invasion of Ukraine, Yaroslava was forced to leave her home in Dnipro. She had three days, 2,000km trip by car to Belgrade, Serbia to participate in the World Indoor Championships.

Mahuchikh made her country a proud gold medal in the women’s high jump event at the 2022 World Athletics Indoor Championships.

After winning the gold medal, she expressed her emotion for the Ukrainian people stating, ‘This medal is for Ukraine, all my country, all my people, all the military.’

Some Interesting Facts About Yaroslava Mahuchikh