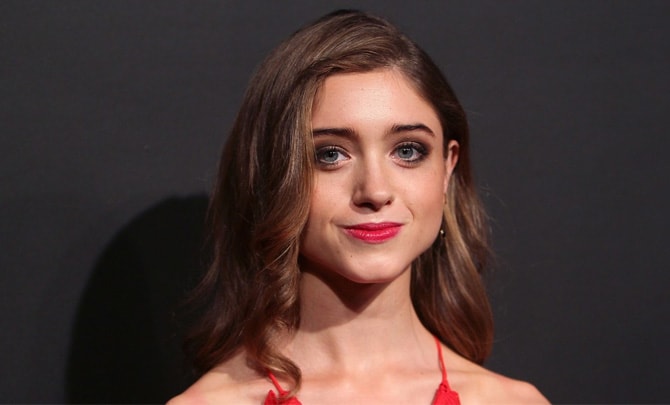 Known for her work as Nancy Wheeler on Stranger Things, Natalia Dyer is a fresh and talented face in the acting industry. Besides her promising part in the sci-fi horror show, she is in the spotlight for dating her co-star.

Natalia Dyer is known for her work in almost 15 movies. She ringed her career debut in 2009 and has already found mounting acknowledgment in the showbiz.

The 24-years-of-age beautiful actress was born on 13 January 1995 in Nashville, Tennessee, the United States. She is a little tight-lipped when it comes to revealing about her family and childhood upbringings. However, it is known that she has a younger sibling.

Natalia, who stands tall at the height of 5 feet and 4 inches (1.63 m), graduated from the performing arts high school Nashville School of the Arts.

The American starlet commenced her acting career as Clarissa Granger in a teen musical comedy-drama flick, Hannah Montana: The Movie, which hit the theatres in 2009. Subsequently, she was seen in the movies The Greening of Whitney Brown (2011), Blue Like Jazz (2012), Long Nights Short Mornings (2016), and Yes, God, Yes (2019).

As of her small screen career, Natalia joined with the team of the Netflix horror web series, Stranger Things in 2016. As of 2019, she marks appearance in 24 episodes with the role of Nancy Wheeler.

Coming to a decade-long acting career, Natalia summons the impressive net worth of $2 Million.

The beautiful actress first sparked the rumors of her affair with her Stranger Things co-star, Charlie Heaton on September 2016. Fortunately, the rumor became official in 2017, and now the pair is definitely nursing a relationship life outside of the Netflix show.

Natalia and Charlie even spent every waking minute together on set and off.  Moreover, the speculations claim that Natalia even introduced her soul mate to her family in Nashville. We suppose many of the stars’ fans are already hearing the wedding bells.

Some Interesting Facts About Natalia Dyer