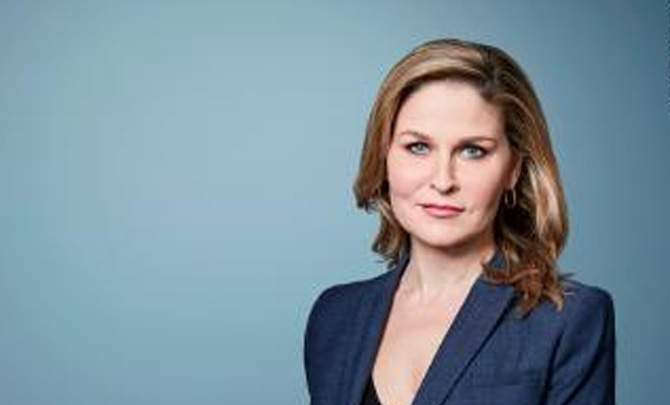 Surfing through their social sites, it is not difficult to trace out the romantic married life of Hala Gorani and her photojournalist husband. The American-Syrian journalist has been relishing the moments with her colleague husband for more than four years.

Hala Basha-Gorani is a journalist of American nationality, who is currently a correspondent for CNN International based in London. Besides, she anchors Hala Gorani Tonight, a weeknight show on CNN International.

Hala was born on 1st March 1970 to Syrian parents in Seattle, Washington. She grew up in Paris, France and also lived in Algeria with her family.

Standing at the height of 5 feet 6 inches (1.68 meters), Gorani earned Bachelor of Science in economics from George Mason University. Moreover, she graduated from the Institut d’Etudes Politiques in Paris at the age of 25.

Hala started her career as a reporter for French daily newspaper, La Voix du Nord and news agency, Agence France-Presse. She worked for France3, the second-largest French public television channel, joining in 1994. Similarly, she served as an anchor for Bloomberg Television in London.

In 1998, Gorani joined CNN and began to work as an anchor for CNN International’s European breakfast show, CNN Today. She now serves as a senior correspondent for CNN International based in London. Similarly, she anchors Hala Gorani Tonight, a weeknight show on the network.

From her long stint to journalism, Hala has garnered the splendid amount of net worth so far. She earns a six-figure salary as an experienced CNN personality.

On her personal life, the 49-year-old is a married lady to her husband for more than four years. She married Christian Streib at the age of 45 on 14 June 2015. The wedding ceremony was held in Jardin Majorelle, Morocco.

Her husband Christian is a Supervising Photojournalist at CNN London. The couple frequently flaunts their romantic married life on their Instagram account so far.

Do Not Miss: Know About Christi Paul; Age, CNN, Husband, Net Worth, Instagram

Some Interesting Facts About Hala Gorani