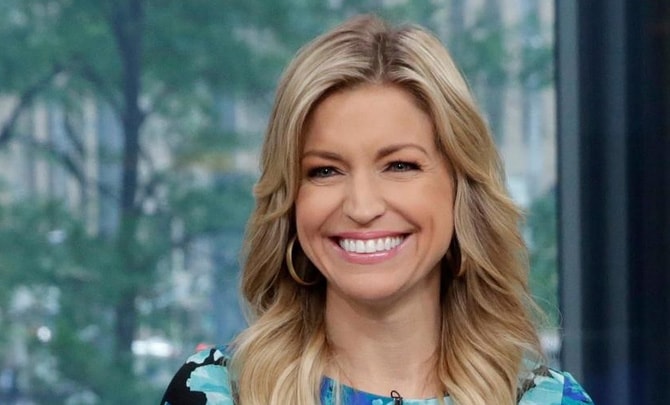 Despite the professional accomplishment, Ainsley Earhardt has faced the ups and downs on her marital life. Just as her first marriage, she is going to end her second marriage with husband after six years.

American journalist Ainsley Earhardt has appeared on a wide range of shows on the Fox News. She now co-hosts Fox & Friends, a daily morning conservative news/talk program on the network.

Ainsley was born on 20 September 1976 to parents Dale and Wayne Earhardt. She is the youngest in the family and has a brother Trenton Graham Earhardt and a sister, Elise Giles Earhardt.

Standing at the height of ‎5 feet 8 inches (1.73 meters), she completed her high school education from Spring Valley High School in 1995. Afterward, she graduated with a Bachelor of Arts degree in Journalism from the University of South Carolina.

Ainsley began her career as a reporter for WLTX-News 19, the local CBS station in Columbia, South Caroline. Later, she moved to KENS-TV in 2005 and anchored morning and afternoon weekday newscasts of Eyewitness News.

After working for two years, she joined FOX News in 2007 and currently appears on talk program FOX & Friends. As a co-host, she has interviewed President Donald Trump, first lady Melania Trump, and Vice President Mike Pence.

Ainsley Earhardt is a co-host of FOX & Friends on Fox News (Picture: Adweek)

Talking About her earnings, Earhardt’s net worth is contributed by her earnings in various media agencies. The veteran journalist earns the average salary of $75000 per year as a Fox News anchor.

Ainsley, aged 42 has been married twice but, both of her marriage did not work well. Firstly, she married Kevin McKinney in April 2005. They got divorced after four years of their marriage in 2009.

After Kevin, she married former Clemson University quarterback Will Proctor in October 2012. The couple welcomed a daughter Hayden Dubose Proctor on 6thn November 2015.

Ainsley Earhardt welcomed a daughter with Will Proctor in 2015 (Picture: People)

However, Ainsley announced the separation with her husband in October 2018, stating that he had been unfaithful. Later, Will filed for divorce, a day after their separation.

Some Interesting Facts About Ainsley Earhardt