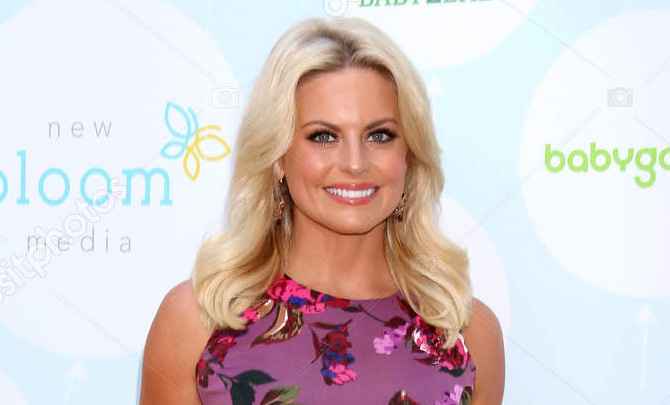 After meeting her future journalist husband at workstation, Courtney Friel decided to spend her life with him. However, their relationship ended in a divorce just after a decade of their marriage in 2016.

Courtney Friel is an American journalist, currently serving as a news anchor for CW-affiliated KTLA-TV. She used to appear as a guest contributor on the Red Eye w/ Greg Gutfeld, a late-night satire show on the Fox News.

Courtney Dawn Friel was born on 22 April 1982 to parents Bernard Friel and Lois Friel. She is the eldest of three siblings in the family and has two sisters named Meredith and Lindsay Friel.

Standing at the height of 5 feet 6 inches (1.68 meters), she attended Methacton High School in Eagleville, Pennsylvania. Afterward, she went to San Diego State University from where she received Bachelor of Arts in political science.

Initially, Courtney was a sports anchor and entertainment reporter for GoTV Mobile Television. She held several jobs such as a field reporter on E! Entertainment, Oxygen Channel and Comcast Cable.

In 2003, Dawn joined ABC affiliate WBBJ-TV as an anchor. After working for four years, she moved to the Fox News Channel in 2007. There, she worked as the entertainment reporter and also appeared as a frequent guest contributor its show, Red Eye w/ Greg Gutfeld. As of now, Courtney serves as a news anchor for the CW-affiliated KTLA-TV.

As a KTLA-TV anchor, she earns a yearly salary of about $142874 that makes her net worth in millions.

The 39-year-old was married to Carter Evans in May 2005. Carter is an American journalist, currently serving as a Los Angeles-based correspondent for CBS News. However, they divorced in 2016.

Some Interesting Facts About Courtney Friel