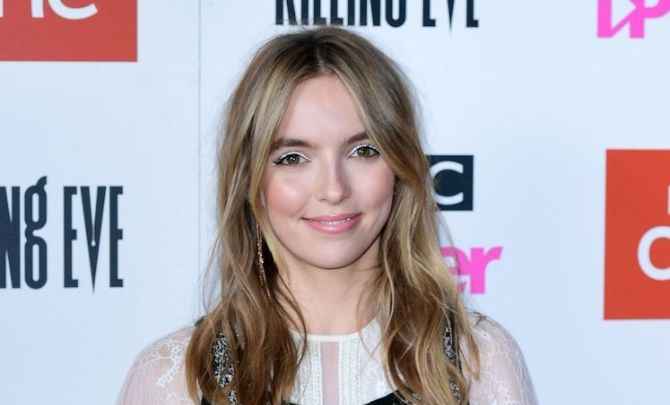 The fans have noticed the role of Jodie Comer as the villainous assassin, Villanelle in the thriller series, Killing Eve. However, the award-winning actress seldom talks about her personal life, which keeps her fans to get acquainted about her dating status so far.

Jodie Comer is an English actress, best known for her role as Oksana Astankova/Villanelle in the 2018 BBC America thriller series Killing Eve. She would appear as Molotov Girl in an upcoming science fiction action comedy movie Free Guy, which is set to release in 2020.

Jodie Marie Comer was born on 11 March 1993 to working parents in Liverpool. Her father is a sports massage therapist for Everton Football Club, whereas her mother works for Merseytravel. She has a brother in a family named Charlie Comer.

Comer with a height of 5 feet 8 inches (1.73 meters), pursued her education at St Julie’s Catholic High School. She was interested in acting and drama since her early age.

Jodie began her acting career from The Royal Today, a spin-off of the similarly themed drama, The Royal in 2008. She now appears as psychopathic Russian assassin Oksana Astankova/Villanelle in the BBC thriller series Killing Eve since 2018. For this role, she won the British Academy Television Award for Best Actress. Moreover, her roles in TV shows includes Good Cop (2012), My Mad Fat Diary (2013), Doctor Foster (2015), and The White Princess (2018).

Do Not Miss: Know About Lucy Hale; Dating, Age, Net Worth, Movies, Height

Comer made her movie debut from the 2012 short film The Last Bite, where she portrayed the character of Marcy. In addition, she appeared in numerous movies such as In T’Vic (2013) and England is Mine (2017).

Well, the talented actress has garnered the astounding net worth for more than a decade of acting stint. She is likely to enjoy her net worth in millions for her work in movies and TV shows.

Jodie does not prefer to talk about her personal life to the media eyes. The 26-year-old has not disclosed her dating status in public to the date.

However, she shed some light on her dating life in a interview in September 2018. Talking to the interview, she revealed that she has a boyfriend in Liverpool. But she is yet to publicize her boyfriend to the media.

Some Interesting Facts About Jodie Comer