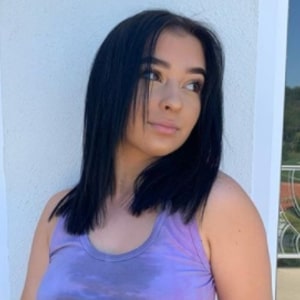 There are a lot of controversies on Danielle Cohn regarding her age and pregnancy. To which became one strong reason for her former boyfriend’s parents to intervene in their relationship that was not going well.

American teen social media star Danielle Cohn has a mammoth YouTube fan following. Back in 2017, she was fortunate to receive the nomination for the Teen Choice Award for Choice Muser.

Danielle Cohn Bio & Family; How Old Is She?

The musical sensation was born on 7 March 2004 in Florida and she is 16-year-old. Talking about her family, she was raised by parents, Dustin and Jennifer Cohn. Besides them, she has an older brother, Chad Cohn.

The 16-year-old passion for singing started at the age of 13. In 2017, she released her first single Marilyn Monroe. Besides, she garnered an immense fan following through popular social media applications like musical.ly and TikTok.

Fortunately, she has performed in different venues including Playlist Live. Some of her hit songs are Fix Your Heart, Little Like Paradise, and Hate in the Summer. Besides, she has a self-titled YouTube channel with over 1.74 million subscribers. She started her journey in the online video platform back on 3 May 2010.

The social media sensation was in a relationship with Mikey Tua who also happens to be in the same profession. Mikey is a YouTuber with almost 360K subscribers. The couple who dated back in June 2018 had a rocky stiff relationship. Mikey has been part of many of Danielle YouTube videos with some rumors of her being pregnant with his child.

However, it was later revealed to be a prank, and Mikey’s parent’s intervention to take over his social media accounts. His mother did not want the couple to commence their relationship and the hidden reports of her real age. Her former boyfriend’s parents were not sure of her real age, which was 6 years old in 2012, making her 13 years old in 2019. According to Insider reports, Mikey’s mother has seen her birth certificate. In early 2020, Danielle on her YouTube channel revealed breaking up with Mikey.

As if for now, she is rumored to be dating a 16-year-old guy named Landon Asher Barker. Surprisingly, he happens to be the son of Blink-182 drummer Travis Barker and is also passionate about musicality.

Some Interesting Facts About Danielle Cohn