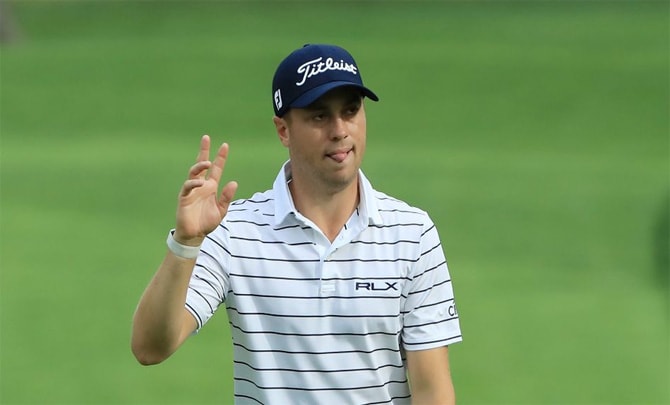 Justin Thomas has recently won the 2019 BMW Championship at Medinah Country Club. In 2018, he won five PGA wins to become the 21st player to top the Official World Golf Ranking.

American professional golfer Justin Thomas plays on the PGA Tour and is a former golf World Number One. In his amateur wins, he achieved the 2010 Terra Cotta Invitational and 2012 Jones Cup Invitational.

The player was born as Justin Louis Thomas on 29 April 1993 in Louisville, Kentucky to parents, Mike and Jani Thomas. He went to St. Xavier High School to complete his graduation in 2011. He then attended the University of Alabama to play college golf and won six times for the Crimson Tide.

The 26-year-old has a net worth of $30 million. He has been able to gain such astonishing earnings turning into a pro since 2013 after earning his tour card on the Web.com. In 2014, he got the professional event at the Nationwide Children’s Hospital Championship and also finished fifth in the Web.com Tour regular season.

Likewise, for the 2015 season, he earned his PGA Tour card. In 2016, he won the CIMB Classic and the SBS Tournament of Champions in January 2017. It was his third PGA win. The player in September got victorious qualifying for the U.S. team participating in the 2018 Ryder Cup. As if for now, he is the winner of the BMW Championship.

It was the second leg of the three-tournament of the 2019 FedEx Cup Playoffs. He was in the lead in the FedEx Cup standings heading into the Tour Championship at East Lake Golf Club.

Does Justin Have A Wife?

Besides his great inclining career, Justin has the most caring partner. Although he is not married and does not have a wife, he relishes a great relationship with his long-time girlfriend, Jillian Wisniewski.

His possible wife-to-be was born in 1993 and has done her BA in Journalism from the University of Kentucky. Besides, she worked for the university TV department before joining the Production Business Manager job position at McGarry Bowen in Chicago.

Some Interesting Facts About Justin Thomas